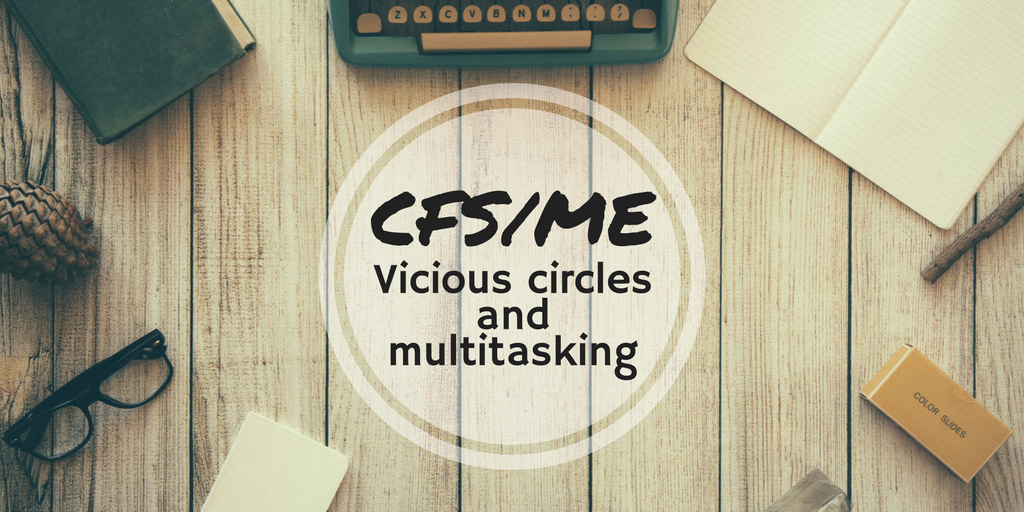 As co-admin of Dr Myhill’s Facebook groups, I often see members asking what the single most important intervention in a person’s recovery from CFS/ME has been. I totally understand the reasoning behind this question – having limited funds where should attention be directed first to achieve the best results? Where does one find the most bang for one’s buck!

Dr Myhill instinctively takes this approach too, preferring her patients to do the ‘easy’ cheaper things first because these interventions are often enough on their own to elicit recovery. So, correcting sleep, doing the right diet and taking nutritional supplements are right at the top of the list. This is laid out in her CFS/ME checklist.

However, for some this is not enough and it is then that we must face the complexity of our intricate biological system with its many feedback loops and synergistic effects.

I am a mathematician and so the assumption is that I like linear arguments progressing from one irrefutable logic step to another, and so on, until we arrive at the ‘answer’! In my case, nothing could be further from the truth. For example, when first introduced to James Watt’s centrifugal governor, I was fascinated. This governor is essentially a continuous feedback system that controls the rate of a steam engine so as to maintain a near-constant speed, irrespective of the load or fuel-supply conditions. The constant speed of the engine achieved in this way is the mechanical equivalent of a well-functioning biological system. I enjoyed learning about these feedback systems but never had a chance to study the many biological examples because aged 12, I chose Latin and Ancient Greek over Biology for my school options.

However, life, and more specifically CFS, has forced me to become more acquainted with these biological systems because I am one of those for whom the ‘easy’ cheaper things have not fully worked.

As laid out in much more detail in Dr Myhill’s upcoming and fully revised book, Diagnosing and Treating CFS/ME – It’s mitochondria, not hypochondria and in Sustainable Medicine, there are many vicious circles in CFS/ME and these make the recovery process so much harder. 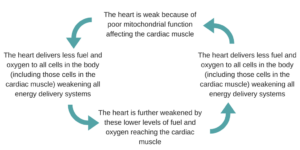 As further illustration, magnesium is of central importance for mitochondria. Having low levels of magnesium inside cells and mitochondria is a symptom of CFS but also a cause of it. This is because 40 per cent of resting energy simply powers the ion pumps for sodium/ potassium (Na/K) and calcium/magnesium (Ca/Mg) across cell membranes. When energy supply is diminished, as in mitochondrial dysfunction, there is insufficient energy to fire these pumps, and so magnesium cannot be drawn into the cells for oxidative phosphorylation to work. If there is insufficient energy to drag magnesium into cells, then there is a further diminishing of energy delivery, because of the lack of magnesium, and hence we have another vicious circle.

But all is not lost! We have at least two things in our favour – we now understand these vicious circles, and so can ‘break’ them, and many of the nutritional interventions we use can ‘multi-task’.

So, considering the two examples above, we can ‘break’ those vicious circles and so restore mitochondrial function by using Dr Myhill’s standard mitochondrial package of supplements, and by supplementing with magnesium we can further support the ion pump:

So, what of this multi-tasking then? Many interventions multi-task. High-dose vitamin B12 may be used to improve mitochondrial function, for detoxing via the methylation cycle, as an antioxidant and for its anti-inflammatory properties by damping down the pro-inflammatory fire of the NO/ON/OO cycle. This makes correcting multiple co-existent problems that much ‘easier’!

And then we have a ‘lovely’ example which I came to learn through both my own experience and also very many questions on Dr Myhill’s Facebook groups, essentially asking the same thing:

Why is it that when I have a sudden energy dip, I also feel weepy and emotionally fragile, weepy beyond what I would expect to feel?

Well, here is one way of looking at it – ATP is not only the energy molecule but also a neurotransmitter – to be precise, a co-transmitter. Other neurotransmitters, such as serotonin, dopamine, GABA and acetylcholine, will not work unless they are accompanied by a molecule of ATP. So, if ATP levels fall precipitously low, then one feels dreadfully fatigued [ATP as the energy molecule] and simultaneously one feels very low emotionally [ATP as co-transmitter]. To mitigate this ‘double whammy’ effect, I carry a bottle of water with D-Ribose dissolved in it and this works as a great ‘rescue remedy’ for when I experience these sudden ATP dips.

So, I suppose what I am saying is that CFS/ME sufferers should try the ‘easy’ things first but that if these don’t work out for you, then don’t despair. We know the circles that must be broken and we have some great helpers, like Vitamin B12 and D-Ribose, which can multi-task and solve more than one problem at once! Never ever give up!

Craig Robinson first met Sarah in 2001, as a patient for the treatment of his CFS, and since then they have developed a professional working relationship, where he helps with the maintenance of www.drmyhill.co.uk, the moderating of Dr Myhill’s Facebook groups and other ad hoc projects, as well as with the editing and writing of her books.

A fully revised and expanded 2nd Edition of Dr Myhill’s book Diagnosis and Treatment of Chronic Fatigue Syndrome: it’s mitochondria, not hypochondria will be published in January 2017.