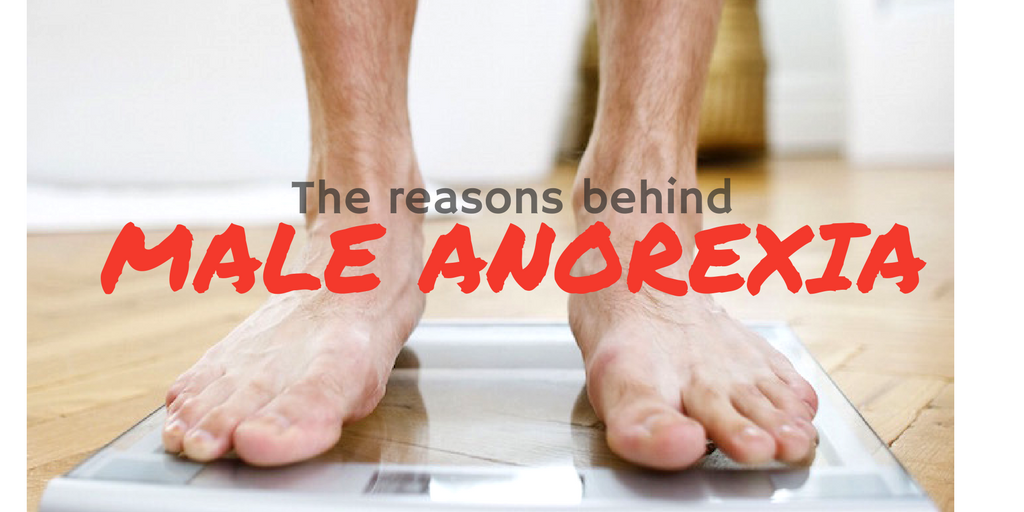 About 10% of people with anorexia known to health services are male. On the other hand, large community-based epidemiological studies have recently shown that as many as 30% of participants reporting a lifetime history of anorexia were male, but only a minority sought treatment. Eating disorders are associated with women and this may be an impediment to seeking treatment for men. John Prescott’s disclosure of his bulimia could be a typical example of this situation.

However, even if as many as 30% of sufferers were male, the imbalance towards the female sex is most extreme amongst psychiatric disorders. Interestingly, there is some evidence that homosexuality/bisexuality is a specific risk factor for eating disorders (particularly bulimia) in males. According to a recent study, attending a gay recreational group is significantly related to eating disorder prevalence in gay and bisexual men. The reason for the higher prevalence in non-heterosexual males is unknown at present. In some cases, the drive for weight loss may be an expression of the rejection of male sexuality, such as in men with gender identity disorders.

The motivation for initial weight loss is usually different for men than for women. Preoccupation with a muscular but ‘fat-free’ body is more common, sometimes resulting in excessive exercise and steroid abuse. This is consistent with male sexual attractiveness, but paradoxically, these strategies damage normal sexual functioning. Biologically, abnormally low weight does not allow muscle building, not just because of lack of nutrients, but also because testosterone levels fall during starvation. The low testosterone does not just affect libido and sexual performance, but also the body’s ability to build muscles. Steroids illicitly used for muscle building also interfere with normal sex hormone production, and can be harmful in the long run.

Illicit substance misuse has also been associated with anorexia in males, for a number of reasons. Firstly, amphetamines, heroin and cocaine all reduce appetite. Secondly, some underlying personality traits may present a risk for both conditions.

Research on anorexia in boys and men is limited. This is mainly because only a small proportion of clinic populations are male, so it is very difficult to recruit sufficient numbers of male participants into studies. Furthermore, the majority of research studies concerning anorexia nervosa exclude male patients from recruitment or the analysis in an attempt to keep the methodology simple. The Minnesota Semi-Starvation study, which will be discussed later, included only male participants. Hence, this study has provided invaluable information about the consequences of self-induced starvation in males.

Medical complications are more common in men than women during starvation. However, a recent study in Sweden showed that the long-term recovery rate of men hospitalised for anorexia was good. The same research group has also shown that the outcome of eating disorders in females has improved in Sweden (in contrast to many other countries). These findings may be true only for the Swedish populations, due to the effective screening programmes and early intervention in this country’s highly developed and equitable healthcare system. Finnish researchers also found better outcome for males in terms of weight restoration, but additional psychological problems were common.

This extract was taken from Anorexia Nervosa by Dr Agnes Ayton.