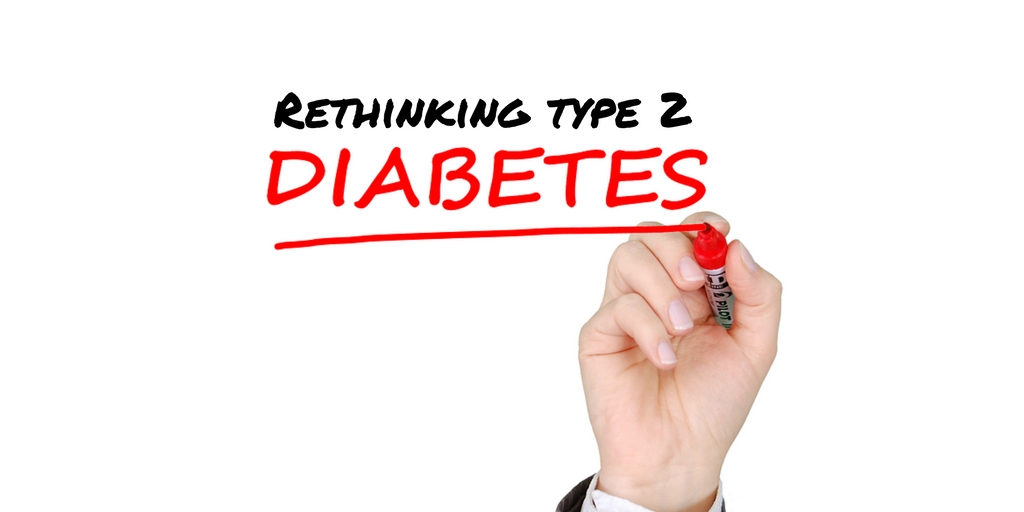 Type 2 diabetes has always been defined by high blood glucose levels. Most people now think of Type 2 as a lifelong battle against high blood glucose levels, usually beginning with tablet treatment, then more tablets, and finally possibly insulin. After twenty years of basic scientific research and some recent clinical trials, we’re now in a good position to understand what drives Type 2 diabetes, and to start using more logical approaches to the basic abnormalities of the condition – and perhaps to change this standard, and feared, course of diabetes towards ever more treatment.

The real problems lie in the liver and pancreas, the two key organs that process our food after it’s absorbed from the intestine. We know that both these organs have been struggling for ages, perhaps as long as 30 years, before the fasting glucose level peeps above 7 mmol/l, the blood glucose definition of diabetes. They’ve been struggling because of overeating, especially carbohydrates. Although they’re robust organs, they weren’t intended to cope with patterns of modern eating, which floods them with food every 4 hours or so during the usual working day, often with snacks between. The liver and probably the pancreas respond to the food-carbohydrate overload by accumulating fat. Eventually the liver can’t store carbohydrate efficiently, and starts breaking it down into glucose again which escapes into the circulation, especially during the night. The pancreas struggles too, by not producing insulin efficiently enough to bring glucose levels promptly down after meals. The heroic liver and pancreas have been battered for years before they finally fail to keep blood glucose levels normal.

Overeating is the problem, but as with most of the population, individuals developing diabetes are usually overweight. But they aren’t necessarily obese. However a combination of genetics and a strong family history of Type 2, low (or high) birth weight, and many other factors, all contribute to their being more easily overloaded with the same amount of food compared with others. Years, before blood glucose levels climb into the diabetic range, important conditions, intimately linked to Type 2 diabetes, can come to light, though they aren’t sufficiently recognised as such: these include fat in the liver that we’ve just mentioned, but also hypertension, gout, polycystic ovarian syndrome in women and obstructive sleep apnoea – all linked to inefficient insulin action and grouped together as the metabolic syndrome. Because we are so focused on blood glucose levels, these conditions are considered separate from Type 2 diabetes: but they are much more sensitive indicators of metabolic abnormality than blood glucose levels, which at this stage are likely to be completely normal.

Recognising that the roots of Type 2 are in our internal organs becoming fat overloaded has stimulated some remarkable research, especially by the team in Newcastle. They stopped thinking about Type 2 as a blood glucose condition, and focused on the liver and pancreas. They used a simple approach. Reduce over-nutrition by restricting calories to 600-800 a day, compared with our usual intake of 2000-2500, see whether fat in the liver and pancreas also reduce, and as a result expect to see blood glucose levels fall, and all the other complicated metabolic blood tests improve as well. As predicted, after 8 weeks of the very low calorie diet, which resulted in about 15 kg weight loss, all the metabolic machinery was rebooted back to near-normality, nobody needed any diabetes medication, and not surprisingly they felt hugely better. Of course, this radical approach didn’t work in everyone, especially if diabetes had been around for a long time, but a recent report found that everything remained stable for at least a year, even when the liquid diet had been replaced by normal food containing the same low calories.

Type 2 diabetes is therefore not a condition of high blood glucose, but one of fat accumulation resulting from long-term overeating that eventually can lead to high glucose levels, by which time the associated high blood pressure and abnormal cholesterol levels may already have caused serious complications – for example heart attack or stroke. Focusing mainly on glucose levels means that we don’t always concentrate on these other factors, which are more important in causing the long-term complications of diabetes.

The second major recent research theme is the type of diet we should adopt. There is no topic more controversial, but there is now encouraging clinical research to guide us. The PREDIMED study showed that a true Mediterranean diet with added extra-virgin olive oil (or nuts) had a huge effect in reducing cardiovascular disease, whether or not you had diabetes. Because most people in this study didn’t have Type 2, there was no particular focus on blood glucose levels, nor actually on weight reduction – but the Mediterranean portfolio reduced the medical complications that really matter – stroke and heart attacks. The earlier DASH diet which has a lot in common with the Mediterranean diet also nicely reduced blood pressure – an opportunity for Type 2s to reduce their blood pressure medication with support from their healthcare team.

Sadly, no individual ‘superfood’ (current hero is the avocado) has any long-term beneficial effects except on the bank balances of people promoting the latest one. Though there’s no shortage of candidate herb and spice extracts that have shown real potential for treating glucose levels in Type 2 they haven’t had big enough trials. Exercise? There’s no doubt that the recommended weekly 2½ hours of moderate exercise improves cardiac and respiratory health, and that after losing weight, this level of exercise might help reduce the tendency to regain weight. Exercise itself doesn’t prevent prediabetes developing into Type 2, and doesn’t help much with weight loss, but fatty liver seems to respond well to structured exercise. Gentle walking is fine for taking in the view, but in clinical trials people with Type 2 needed to do moderate or vigorous exercise to reduce long-term complications of diabetes – and if they managed that, the heart attack rates were much lower.

In summary: too much fat in the liver and pancreas caused by years of food overload can be detected way before blood glucose levels rise to ‘diabetic’ levels, and is associated with the health problems associated with the metabolic syndrome. Weight loss of 15 kg in weight often reverses these abnormalities. We need to focus as much on blood pressure and cholesterol levels to reduce the long-term complications of diabetes as we do on blood glucose measurements. Evidence-based portfolio diets such as the Mediterranean and DASH approaches will reduce diabetes complications: superfoods don’t.

David Levy, physician at the London Diabetes Centre, was formerly consultant physician at Whipps Cross University Hospital (Barts Healthcare NHS Trust) and Honorary Senior Lecturer at Queen Mary University of London. He has written extensively on diabetes for healthcare professionals, most recently the Hands-on Guide to Diabetes Care in Hospital for trainee doctors (Wiley Blackwell, 2016), which was highly commended at the 2016 British Medical Association Book Awards, and the 4th edition of Practical Diabetes Care (Wiley Blackwell, 2018). His book on Type 1 diabetes (Oxford Diabetes Library, Oxford University Press) is now in its 2nd edition (2017). Get Tough With Type 2 Diabetes (Hammersmith Publications) is his second book for people with Type 2 (Available Spring 2018).