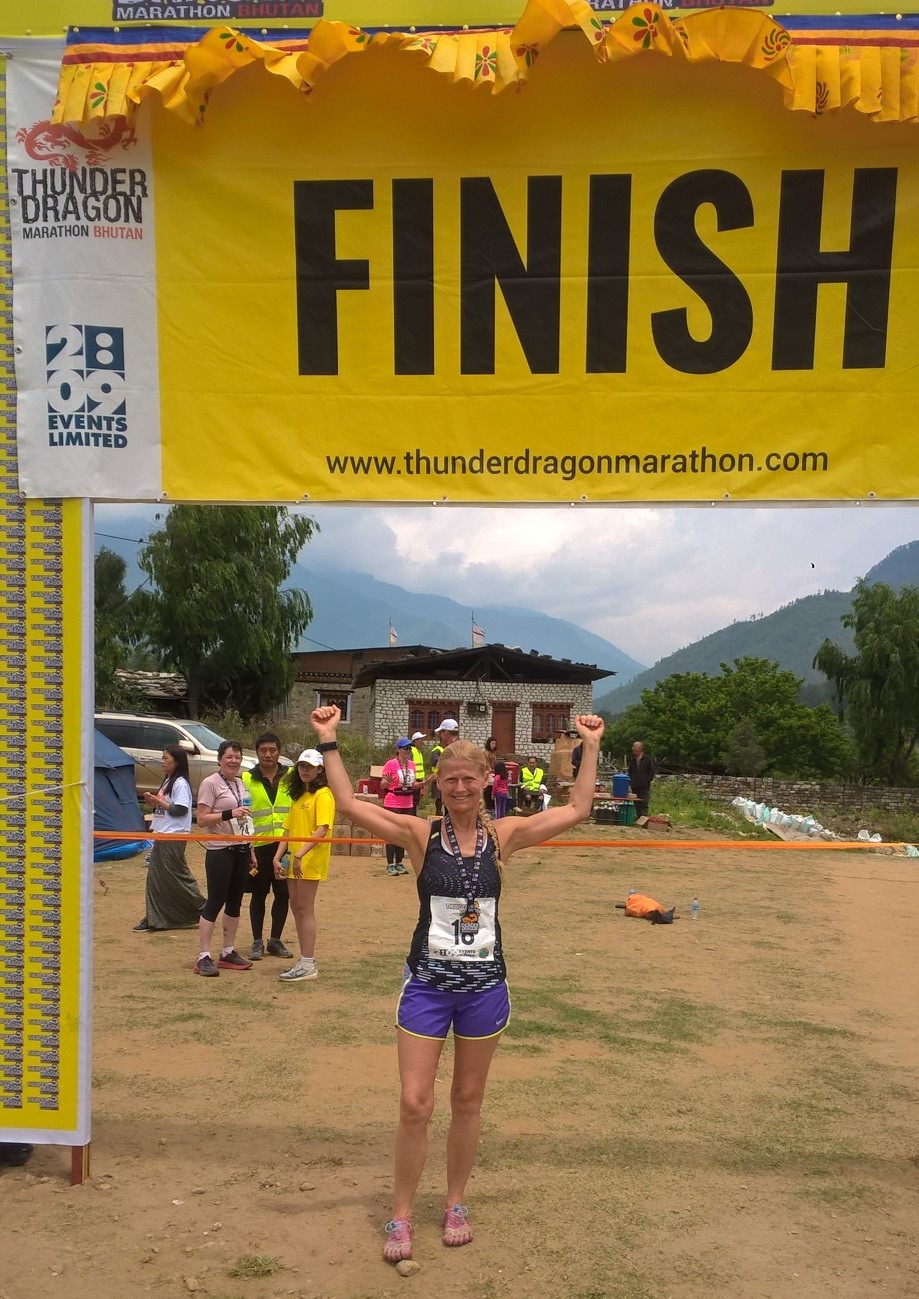 This post was written by Max Tuck, author of The Fatigue Solution: my astonishing journey from medical write-off to mountains and marathons, published by Hammersmith Health Books.

“It’s all perfectly runnable.”… or so I was told in the pre-race briefing. And I’m sure it would have been – right up until the time that the Indian tectonic plate smashed into the Eurasian plate 50 million years ago and created the Himalayas.

I consider myself to be a reasonable runner, and I’d put in a hard winter of training in the lead-up to this race, the Thunder Dragon in Bhutan. A week earlier I was competing in a half marathon on the Great Wall of China – 5126 steps into history, and I felt every one of them. I somehow came second in my age category, despite it taking me nearly an hour longer than pretty much every other half marathon I have run, with the 30 degree temperature sapping my energy like you could only imagine.

But the Thunder Dragon – this was something entirely different. At 11 miles, my pace had slowed to a crawl. Perfectly runnable? It might have been for the organiser, a former London Marathon winner in a time of 2 hours 9 minutes. But for me, a recreational runner who 28 years ago had been deemed incurable by the medical profession – this wasn’t running, it was survival. I was at 2500 metres, feeling sick, dizzy and gasping for breath. I poured water over my head so that my mouth could focus solely on the act of breathing. It didn’t help.

My pace slowed to a walk. I faced a long uphill on a stony track at 8200 feet. Hard enough at lower altitudes, the sharp stones particularly cruel for a barefoot runner like me, whose only acclimatisation had been a hike to the famous Tiger’s Nest monastery at 3600 metres two days previously.

Yet somehow I finished, even managing to run the last mile (mainly, I’m sure, because it was downhill). It was the hardest half marathon I had ever done, reflected in my very slow time.

A major surprise came later that day at the prize-giving ceremony. An American runner was announced as the winner of the over 40 age category. “That can’t be right, Max,” she said as she went up to collect her prize. “You were about half an hour ahead of me!”

I smiled and congratulated her. Immediately afterwards, I was announced as the winner of the over 50s age group. We were both amazed – I because I had won my age category in that savage race, and she because she thought I was about 42, not 55. This anti-ageing lifestyle certainly has its benefits!

Max Tuck was in China and Bhutan raising money for Dogs Trust.

Max’s latest book The Fatigue Solution: my astonishing journey from medical write-off to mountains and marathons, is published by Hammersmith Health Books.