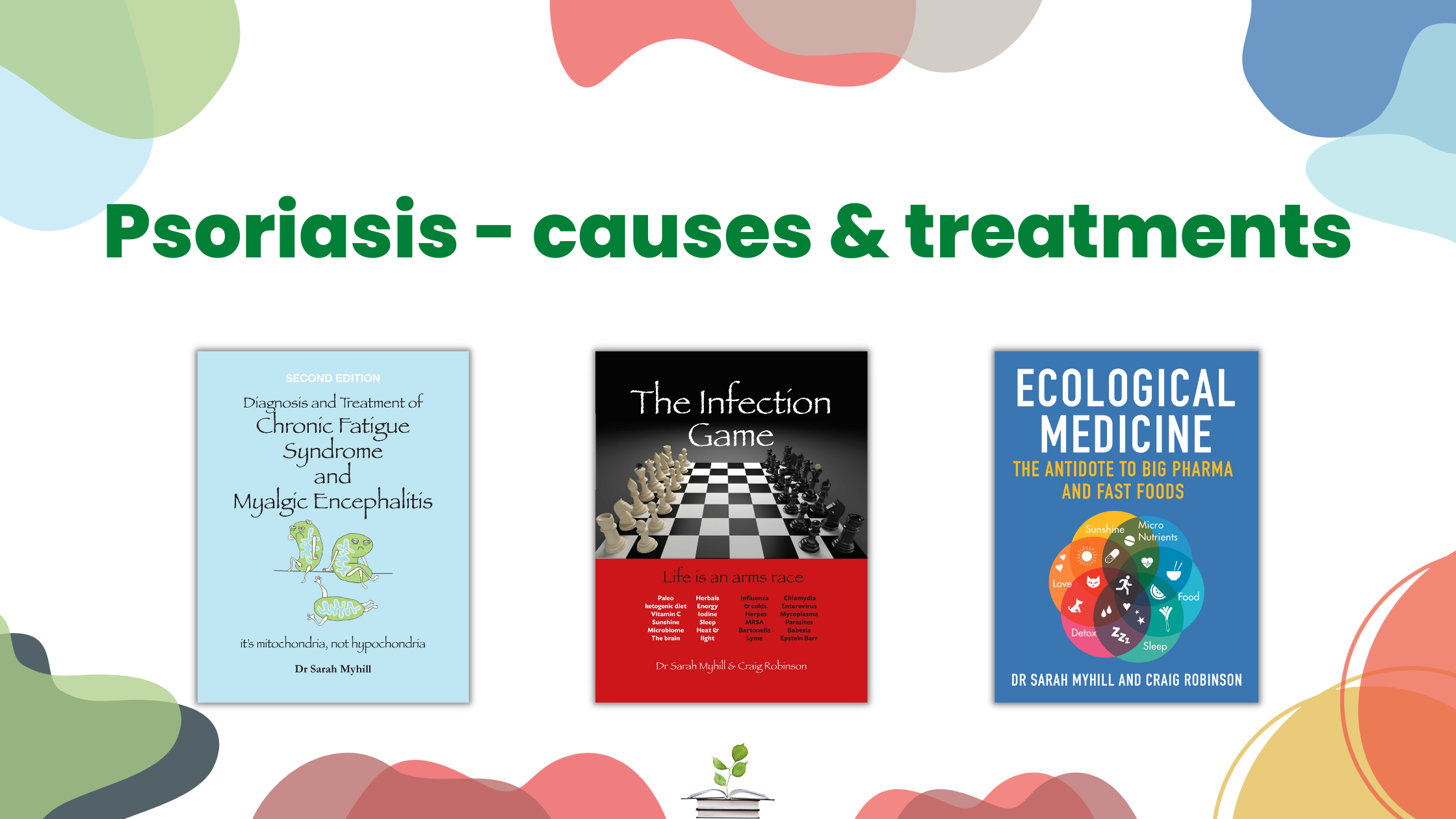 Craig is reminded of the heart-rending and mind-expanding interview conducted on 15 March 1994 (exactly one year after Craig fell ill suddenly with ME) and broadcast in April 1994, between Melvyn Bragg and the dying playwright Dennis Potter. (See Seeing the Blossom)

From his early 30s, Potter suffered from psoriasis and during said interview he took regular swigs of his morphine and champagne cocktail to help with the pain, caused by his pancreatic cancer which had metastasised to his liver. Potter took etretinate and methotrexate, an immunosuppressant, for his psoriasis, and the associated arthritis, and it was thought that his cancer was a ‘side effect’ of these medications(1) and. indeed, methotrexate is known to be a cancer risk. Inose and colleagues found in 2020 that: ‘MTX use was significantly associated with various malignancies.’(2)

This association is a clear example of the dangers of using symptom-suppressing medications. We must always ask ‘why’ and look for the cause(s) to find the right treatment.

Psoriasis is an autoimmune skin disease. Why does it occur? I suspect the main mechanism of autoimmunity is molecular mimicry, as I explain in more details in our book The Infection Game. We have many more bacterial, fungal and viral cells in our bodies than human cells. Most are in the gut. All or any of these have the potential to invade and kill us; they are kept in check by natural barriers in the body – our skin and the mucous membranes of our gut, respiratory tract and perineum. If these natural barriers are breached, the immune system swings into action and makes antibodies as a part of the defensive mechanism.

We know that many bacterial proteins are identical to human proteins and these act as epitopes (a portion of a foreign protein, or antigen, that is capable of stimulating an immune response). An antibody against such will cross-react with its human protein counterpart and switch on inflammation – cross-reactivity occurs when an antibody raised against one specific antigen (here the bacterial protein) recognises another protein that has a similar structure (here the human protein) and reacts against that (the human) protein too; this is autoimmunity. I think of this as allergy to microbes. With psoriasis the microbe involved is almost certainly fungal.

The appropriate treatment for psoriasis

So, the treatment of psoriasis is:

Postscript: Dennis Potter maintained his sardonic humour till the end and named his pancreatic cancer ‘Rupert’ after Rupert Murdoch. He also managed to complete two plays – Cold Lazarus and Karaoke – in the full knowledge that he was dying. You should watch them one after the other, Cold Lazarus first, and in quick succession. You can stream for free on Channel 4.