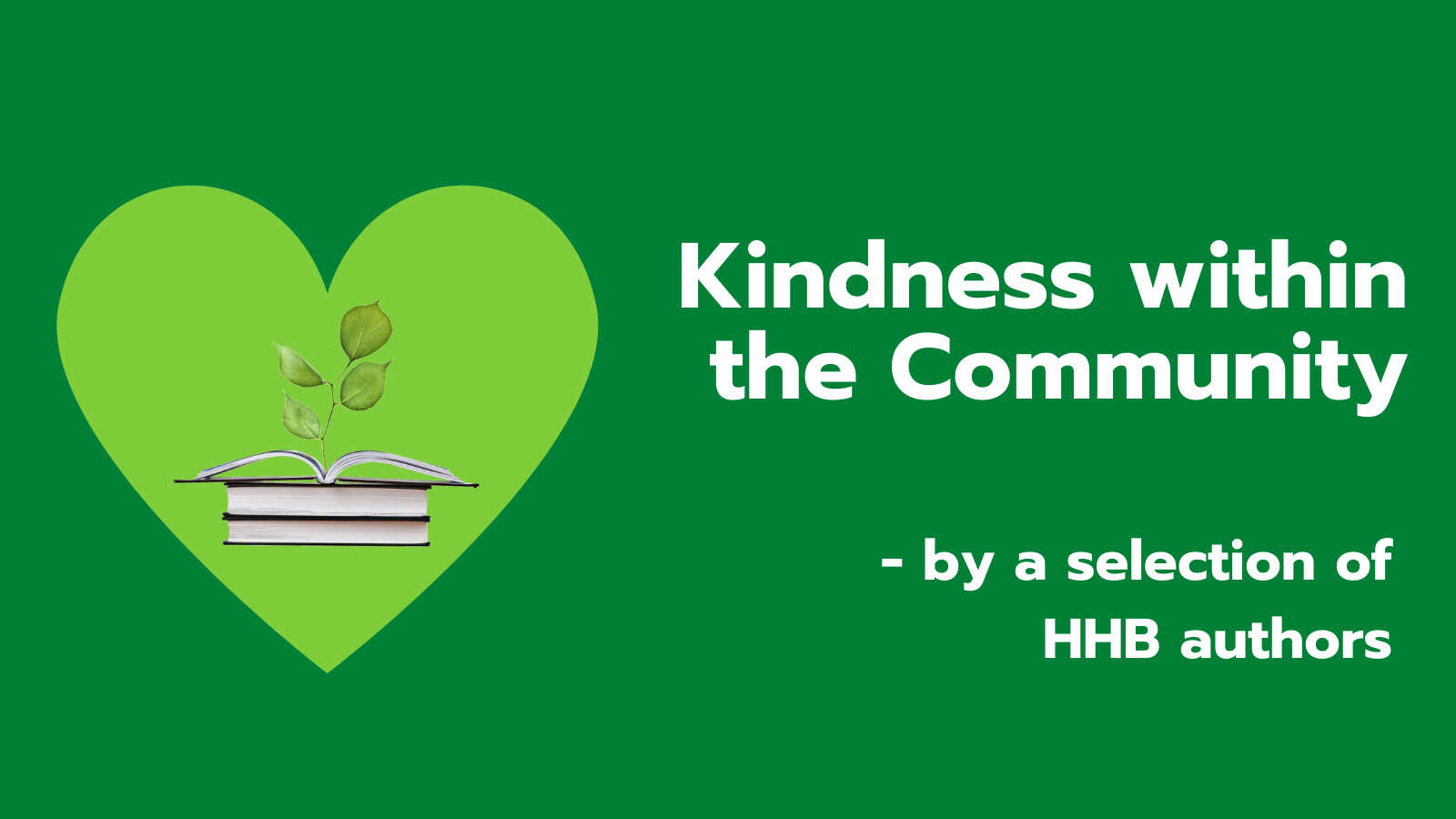 As it is the season for giving, caring and community, we want to celebrate all the kind things our wonderful authors do, not just at Christmas, but all year round. In our latest blog post, a selection of our authors tell us about the incredible organisations they work with to encourage you to spread kindness this Christmas.

Sara Challice – Author of ‘Who Cares?’

Whilst I cared for my husband, I found great support in the community from local charities offering a variety of services – for both of us.

One charity, INS (Integrated Neurological Services), based in Twickenham, not only gave my husband, Neal, one-to-one physiotherapy, which was a Godsend due to his waning mobility and falls, but they supported me as a carer. I realised how vital local charities were and within six months I had become a trustee on their board – offering my graphic design skills, along with giving a carer’s insight to improve 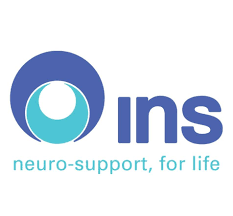 It didn’t stop there. The charity continued to give to me in return, as I gave to it. I learned many things, not just about the charity, but of supporting those with neurological conditions.

During this time, I joined their Mind Body Spirit group, enjoying the meditations and learning of books to empower and improve health and wellbeing. Five years on, I now take this group myself, having become a mindfulness instructor. There is always a great turnout to this supportive and nurturing group, discovering ways to help yourself, even if you have a neurological condition, such as Parkinson’s, Multiple Sclerosis, stroke, or if you are a carer.

As with Christmas time – it is in the giving that we receive – and similarly, after I received from this wonderful charity, I have been giving to it, and still continue to reap the benefits. Kindness is truly all-encompassing.

Dr Eugene Kongnyuy – Author of ‘No Pills, No Needles’

The United Nations Population Fund (UNFPA) is the lead UN agency for sexual and reproductive health and rights. In the past 12 months, my work with UNFPA involved supporting fragile health systems in Mali and the Democratic Republic of Congo (DRC) to enhance access to contraceptives, skilled birth delivery and assistance to survivors of gender-based violence.

Both countries are affected by humanitarian crisis and the health systems are very fragile and weak. Due to the high level of insecurity caused by non-state armed groups, transporting contraceptives, medicines, medical supplies and equipment to reach the last mile is a major challenge. The weak health systems were equally hit by the Covid-19 pandemic, epidemics (including Ebola in the DRC) and natural disasters (including the Nyiragongo volcanic eruption in the DRC).

Despite these challenges, my colleagues and I successfully reached millions of women with contraceptives in both countries. We also supported in-country contraceptive logistics (warehousing, distribution and inventory management) and trained healthcare providers on contraceptive counselling and provision.

We also renovated and equipped maternities and where no health maternities existed, we installed prefabricated maternities to enhance access to skilled birth attendance. We recruited midwives where there were no midwives to ensure that each maternity provides skilled birth delivery. We equally supported midwifery training schools by updating their training curricula to meet international standards, trained midwifery tutors and provided training equipment to midwifery schools. While obstetric fistula has virtually been eliminated in developed countries, thousands of women and girls develop fistula in Africa due to lack of skilled assistance at birth. In both countries, we supported obstetric fistula repair by providing surgical repair kits and training doctors to repair fistula.

Due to the humanitarian crisis, gender-based violence is a big problem in both countries and is sometimes used as a weapon of war. The violence takes several forms including sexual, physical, emotional, economical, domestic etc. Our job was to provide assistance to survivors of violence and to ensure safeguarding for women and girls affected by crisis. We set up one-stop centres in hospitals to provide comprehensive services for survivors – medical, psychosocial, judiciary, police and socioeconomic reintegration. The one-stop centres ensure that survivors do not need to be referred elsewhere as they receive all services including access to the police and a lawyer in a single centre.

While responding to the immediate humanitarian needs, my work also involved working closely with the Government to build national capacity and systems including policies so that the Government can eventually take over – we recognize that it’s the primary responsibility of Governments to provide the basic social services and to respect, protect and fulfil the human rights of its citizens. 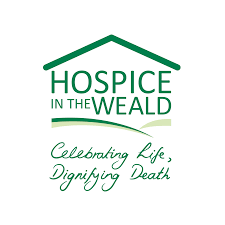 One of the things I do in terms of community and ‘giving back’ is the work I’ve been doing with my local hospice. I’ve volunteered with Hospice in the Weald for 4 years as an exercise specialist and work with the physio and OT team. I run exercise groups for palliative patients under hospice care and since the beginning of the pandemic I’ve been doing them on zoom. Which has worked brilliantly as people have been at home and needing to shield and keep themselves safe, but we’ve still been able to keep them active and mobile.

People often wonder how exercise can help palliative patients, and if it’s really safe.. but the benefits are amazing. It helps people to stay strong, mobile and independent for longer, in some cases extending life. But the most important aspect is that people feel they have a little bit of control over their lives, they are doing something to help themselves, even when they are really unwell. For that short time when doing their exercise class they don’t feel like a patient, and it gives them positivity and encouragement and a little bit of normality. It really is wonderful that we can give that to people through the power of exercise, even at the end of their lives.

In 2020 I took on Pixie who was an ex-street dog from Macedonia. Due to her nervousness and Houdini abilities, Pixie had had a number of homes in the UK before finding her way to Love Underdogs.  Love Underdogs is a charity that does amazing work with stray unwanted street dogs, mainly from Romania, and took Pixie on to find her a home.

I had a dog flap fitted and the garden was, I believed, escape proof. After having Pixie for a couple of weeks, I had to go into work early in the morning. My phone was switched off at work but when I checked it at lunch time there were numerous messages. Pixie had been found, 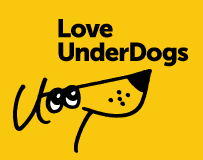 some 11 miles away. She was eventually trapped in a driveway.  The police took her in, got details from her ID tag and contacted Love Underdogs and me.

When I collected Pixie she was absolutely exhausted and very pleased to see me. It was only the next day that a neighbour told me he had seen her jump out of the upstairs bedroom window to chase my car. Someone submitted the story to the paper and she made page 3!

Love Underdogs needs to be recognised for its wonderful work.

I would also like to mention Goole RSPCA Cats which I support. My sister and niece are volunteers for the charity and they do amazing work with rescuing cats that can be in terrible states. For example, my niece Georgina fostered Marigold in December last year, a cat that was found in a field, severely underweight, one-eyed and with a distinctive crinkled ear. Most likely abandoned due to her pitiful state, she wasn’t expected to make Christmas last year as she was so ill.  No one has been interested in giving Marigold a permanent home, so now Georgina is going to adopt her.

Medical research comes with a hefty price tag even for relatively small projects, so when I embarked on my research project at the University of Salford in the early 1990s, I needed to establish the FORME charitable trust in order to attract other trusts to donate the £100,000 needed to test if my osteopathic techniques could help ME/CFS. We appealed widely through the media but to no avail. We had a few thousand pounds – enough to buy a computer or two but not to run a controlled clinical trial involving at least 60 participants. So, the trustees of the charity decided to hold an emergency meeting to discuss closing down the charity and donating our meagre funds to a national ME

charity, ending my dream of undertaking this research.

The meeting was scheduled for a Thursday evening but just two days before I received a phone call that was to change everything. It was from a Mr Barclay who said he had read about our appeal and wanted to know if he and his brother could meet me at his hotel. When I inquired where his hotel was he replied Monte Carlo! Two days later I was sitting with Frederick and David Barclay in the Mirabeau in Monaco, one of the many hotels that they owned around the world. They wrote a cheque then and there for £50,000 and said the rest would be sent in a few months. An hour later I was heading for my flight home at the same time as the trustees were meeting to disband the charity – a meeting I interrupted to tell them of the Barclays’ generosity to the surprise of all.

Thirty years on, with a few more research projects completed, all funded by charity and supported by volunteers, we have provided much evidence to support the importance of lymphatic drainage in ME/CFS and we are now just about to embark on a new study at the University of Manchester, together with the NHS, into Long Covid, again funded by generous organisations from the public. I shall never forget the generosity of all concerned without which this research would never have begun.