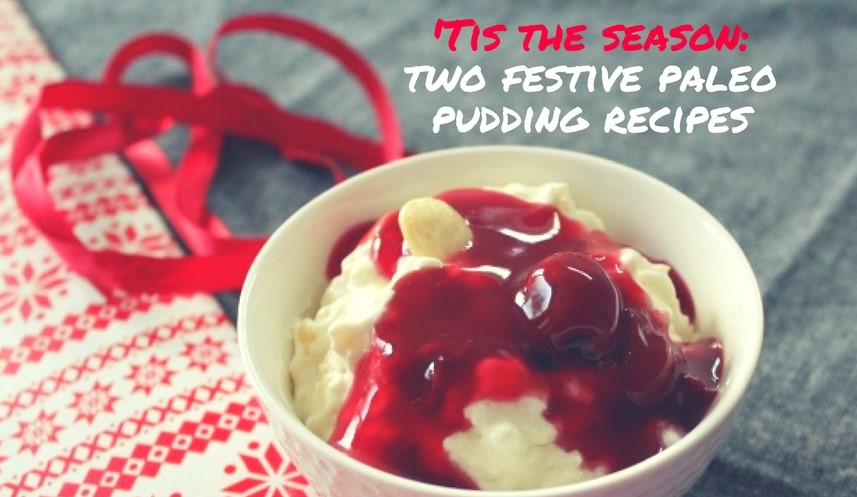 Christmas can be a tricky time to try and stay healthy. Author and naturopathic health practitioner Eve Gilmore puts a paleo twist on a couple of classic festive rice pudding recipes, guaranteed to be a favourite with all the family this Christmas.

This is a traditional Christmas pudding in Germany and Scandinavia.
Ingredients:
Serves 6–8 depending on the size of your ramekins

Method:
Rinse and drain the konjac ‘rice’ as directed and place in a serving dish.  Mix the vanilla and sweetener into the coconut cream and stir into the noodles. Place the mixture in the fridge to chill.  Stone the cherries and place them in a saucepan with a little water and sweetener, into which you have stirred enough kuzu to thicken the mixture. Bring to the boil and simmer, stirring occasionally, for 15 minutes, until glazed and thickened. Serve the cold rice pudding in the ramekins and spoon the hot cherry sauce on top.

Method:
Using a heavy-bottomed pan, warm the spices together, including the vanilla seeds but using only half the nutmeg. Whisk the egg yolk, butter, sweetener or stevia, fat, rose water and coconut cream together and add to the spices. Bring to boiling point, stirring until thickened into a custard. Rinse and drain the ‘rice’ and pat dry. Mix the ‘rice’ into the pan.

This extract was taken from “The Urban Caveman” by Eve Gilmore. 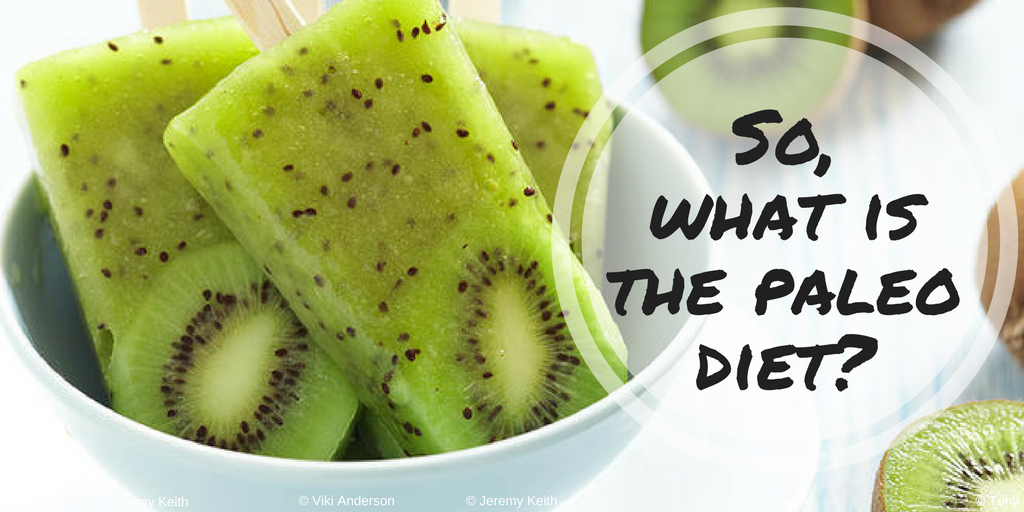 First, it is important to state there is no such thing as ‘the Paleo diet’ per se. Pre-agricultural diets were regionally variable and seasonally cyclical. In colder climates, they tended to be meat-based as the land was either under snow for much of the year or of poor quality and only suited to grazing. In warmer regions fewer red meats were eaten and fruits and plants dominated. Although the ancestral diet may have varied in content, it was more nutrient dense than that of today. So, although no standardised Paleo diet exists, the Paleo diet is usually defined by what it excludes, and is generally accepted as being, legume and dairy free.

It is thought that the advent of agriculture around 10,000 years ago marked the demise of the nomadic way of life, giving way to the cultivation of grains and legumes and the domestication of animals for milk. Archaeological remains suggest an abrupt decline in health at this time. Loss of stature, arthritis and other diseases associated with poor mineralisation seem to coincide with the introduction of grains into the diet. Ten thousand years might seem like a long time to those of us who hope to live to around 80 but is, in fact, the evolutionary equivalent of the ‘blink of an eye’, and would not have given us enough time to adapt.

However, there is archaeological evidence that some hunter-gatherers were eating grains much earlier than this. It seems the closer to the equator, the greater the intake of plant-based foods, which in some cases may have included wild grains. This may explain why gluten (and dairy) intolerance is more prevalent in colder latitudes, and why those with Scandinavian or north European ancestry are poorly suited to a vegetarian diet. What the hunter gatherer diet seemed to have in common was that they were highly nutritious and all contained meat or fish. They provided good levels of minerals, saturated fat and fat-soluble vitamins, with little or no grain or dairy and variable amounts of protein, most of which was derived from meat.

Much of the diet was raw which further increased the nutrient density and provided good levels of fibre. I suspect that rather than being historically accurate, the modern assumption that the Paleo diet was a high protein diet results from the misplaced fat and carb phobia diet that is still influencing nutritional thinking today. In fact, the food group most highly prized in the ancestral diet was saturated fat. Carbs have been given a bad press because they are nearly always derived from grains, a food group that causes problems in a number of people.

However, carbs from vegetables and fruits are much easier for the body to handle. A diet high in raw vegetables and salads does not have the same effect as a diet high in cereals, although both are high in carbohydrate. Whilst it may seem impossible to imagine a diet without grains, they are easily replaced by alternatives such as vegetable pastas, and coconut, seed and nut flours in baking and break making. Nuts can be fermented into cheeses, coconut cream into yoghurt and soft cheese, and the milk from nuts and coconuts can be made into delicious desserts and ice-creams, making Paleo eating varied and enjoyable.

What is also known about the Paleo diet is that it contained virtually no sugar. Refining has enabled us to concentrate sugars in quantities that our bodies are ill equipped to handle. For example, a soft drink contains the equivalent of eight and a half feet of sugar cane – an impossible quantity to get through in its unrefined state. The high proportion of carbohydrates in the modern diet compounds our inbuilt predilection for sweet foods.

Until technology got involved in food production, foods that were bitter were generally poisonous and those that were sweet were usually safe to eat, but that doesn’t apply today since many foods are laced with sugar, high-fructose corn syrup and artificial sweeteners – and they definitely aren’t safe to eat. Our first food, breast milk, contains a sugar called lactose and thus the early association between feeding and being loved is established before we are capable of conscious thought. Eating is associated with emotion, and this is one of the reasons sweet foods can be comforting, and why we can feel deprived and miserable when trying to give them up.

Despite their pervasive presence at nearly every meal today, in Europe and America grains were only elevated from animal fodder to dietary staple at the time of the industrial revolution, cultivating in us a taste for stodgy, high-carbohydrate foods, which has been a contributory factor to the obesity epidemic. The Arabic nations seem to have been eating grains the longest, and their wheat sensitivity and carbohydrate intolerance are rare. The rapid increase in degenerative disease that has characterised the last 100 years demonstrates that most of us have struggled to adapt. It is estimated that 80 per cent of cancers are related in some way to diet, and it is probably evident to you that much of the food we eat today could not be described as healthy.

In fact, much of it wouldn’t be recognised by even our recent ancestors. Not only are the foods themselves different – the result of selective cultivation or the products of technology – but the ratios of fat, protein and carbohydrate have been reversed. Fat phobia flourishes, and grains – previously dismissed as mostly animal feed, as I have said – now form the foundation of almost everything we eat. In addition, some of what passes for food isn’t food at all but a concoction of chemicals, conceived in the laboratory rather than grown on the land. Modern grass eaters, particularly cows, may not have had access to grass, and non-organic crops will have been forced to grow in demineralised soils, which is why today’s produce contains an average of 80 per cent less nutrients than it did only 50 years ago.

This blog is taken from Go Paleo – Feeding the Urban Caveman by Eve Gilmore. You can read the first chapter here!