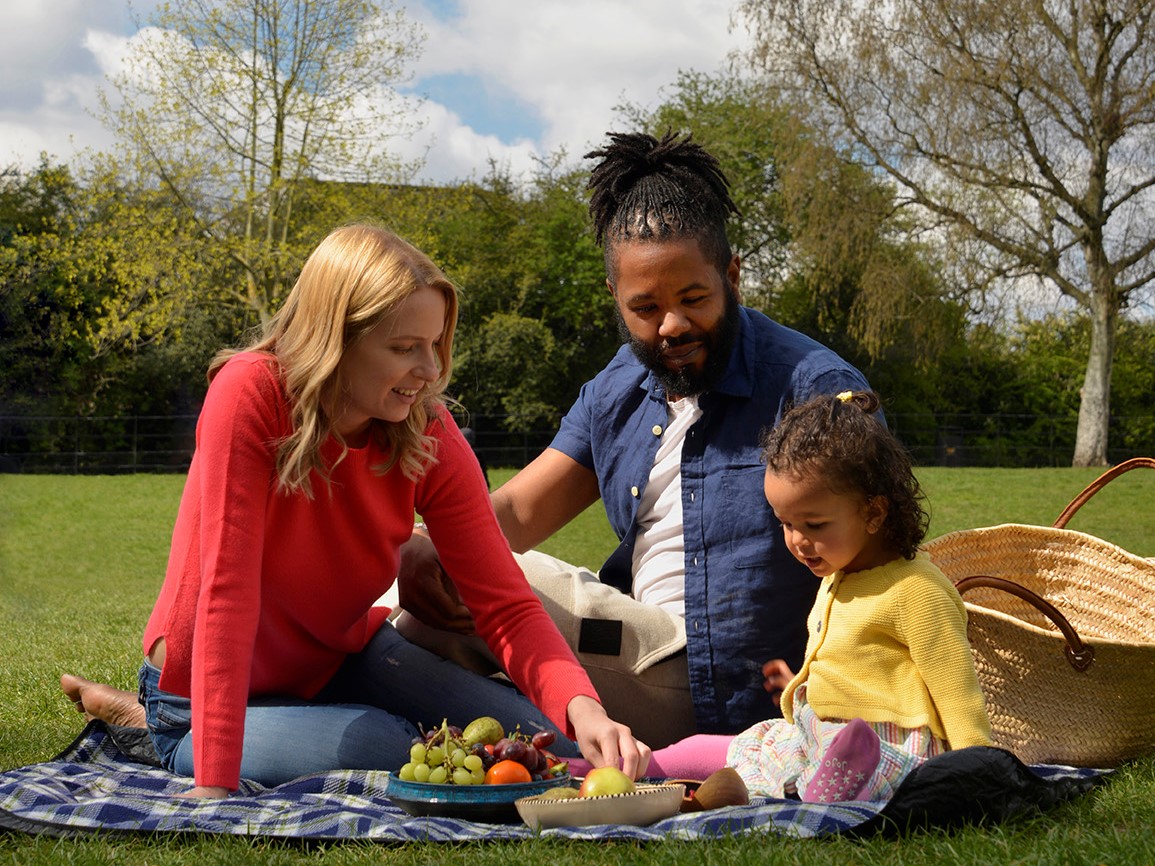 When I first became vegan I was bombarded by friends and family who were really worried that I would become ill!  But this was back in the 1970’s.  There were no vegetarian, let alone vegan, ready meals available then. Meat and two veg was the norm with the Dairy Council diary being found in most households and adverts for the daily pinta and ‘go to work on an egg’ rife!!   I remember making cheese with the only vegan margarine available – melting it and stirring in soya flour and yeast extract and waiting for it to go hard – it was surprisingly tasty!

I joined the Vegan Society and as a member I received a small A5 magazine every month full of tips and recipes.  I loved the holistic approach, providing information on diet, animals and the environment.  It included a contact list so one could link up with other like-minded people – there were very few vegans back in the 1970’s!  Fortunately, there was a local vegan group near where I lived and my younger sister, who had been vegetarian since a child, and I went along.  I remember food was the main focus, with cakes and dishes being shared with great enthusiasm!  Those groups were so important back then to be able to spend time with others.

It was at the local meetings I met the wonderful Eva Batt.  I was so lucky to have a ‘celebrity’ living near me!  Eva wrote the first vegan cook book – ‘What’s Cooking’.  Eva inspired me to cook wonderful vegan dishes – back then everything had to be cooked from scratch, no ready meals then!  Her dishes were nutritious, colourful and tasty.   I still use Eva’s recipes to this day.

The first plant milk in the UK

As a member of the Vegan Society I was invited to attend the Vegan Society AGMs.  Back then, as the membership was so small, the AGM’s were held in the garden of Kathleen Jannaway, secretary of the Vegan Society. It was there where I met the late Arthur Ling.  There were no milk alternatives in the UK in the 1960’s and Arthur and a small group of other vegans tried unsuccessfully to get non-dairy milks imported into the UK.  Failing to achieve this they decided to produce their own and in 1964 Plamil was produced.  Check out the Plamil website to find out more about its fascinating history.  The company went on to produce other vegan products and is still going strong.  Arthur’s son Adrian, vegan from birth, runs the company and is known as the vegan Willy Wonka.

I worked with Arthur for a number of years. Whilst working at Plamil I was able to indulge in its other vegan products including peas pudding, rice pudding and delicious chocolates.  The soya milk came in tins and later moved to tetrapaks.  It came concentrated and you diluted it yourself with water.  The thought was that it was practical, not having to carry the extra weight of water, and also saved on packaging.  Wouldn’t it be great if this was the case today?  More environmentally friendly and really practical!! Arthur was way ahead of his time.

Arthur was so passionate about appropriate nutrition for children and adults.  He meticulously kept records of children whose parents were raising them on vegan diets and I was involved in researching these case histories.  I was fascinated by the simple whole foods that the parents were giving their children and how they thrived.  Plamil Foods produced 4 copies of these case histories over the years, with the first one produced in 1973 and the last one in 2000.

I wanted to learn more and I decided to study nutrition.  I also wanted to find out for sure whether a vegan diet was ‘safe’ and be able to answer the ongoing criticisms from friends and family, the majority without any nutrition knowledge, who said that the vegan diet wasn’t ‘natural’ and was inferior to an omnivorous diet.

University was tough and I was known as ‘the vegan’.  However, I thrived and decided to do the extra year’s study to qualify as a dietitian.  After qualification I was fortunate to secure a full-time post as a community dietitian.  I kept in close contact with the Vegan Society who welcomed my knowledge and asked me to become their gratis dietitian.  As such as I provided a nutrition page, answered questions and was generally available for any nutrition queries.

Over the last couple of years there has been such a growth in plant-based eating.  Vegan diets are now something to aspire to.  Evidence is clear that raising children on plant-based diets not only meets nutritional requirements but indeed can benefit health.  In addition, it is the way forward for the planet.  As my book was still the only UK version on raising vegan children, I thought this was the perfect time for an update.  I wanted it to remain a practical but readable book to assist both vegan parents and health professionals. I am really hoping my book will do this.