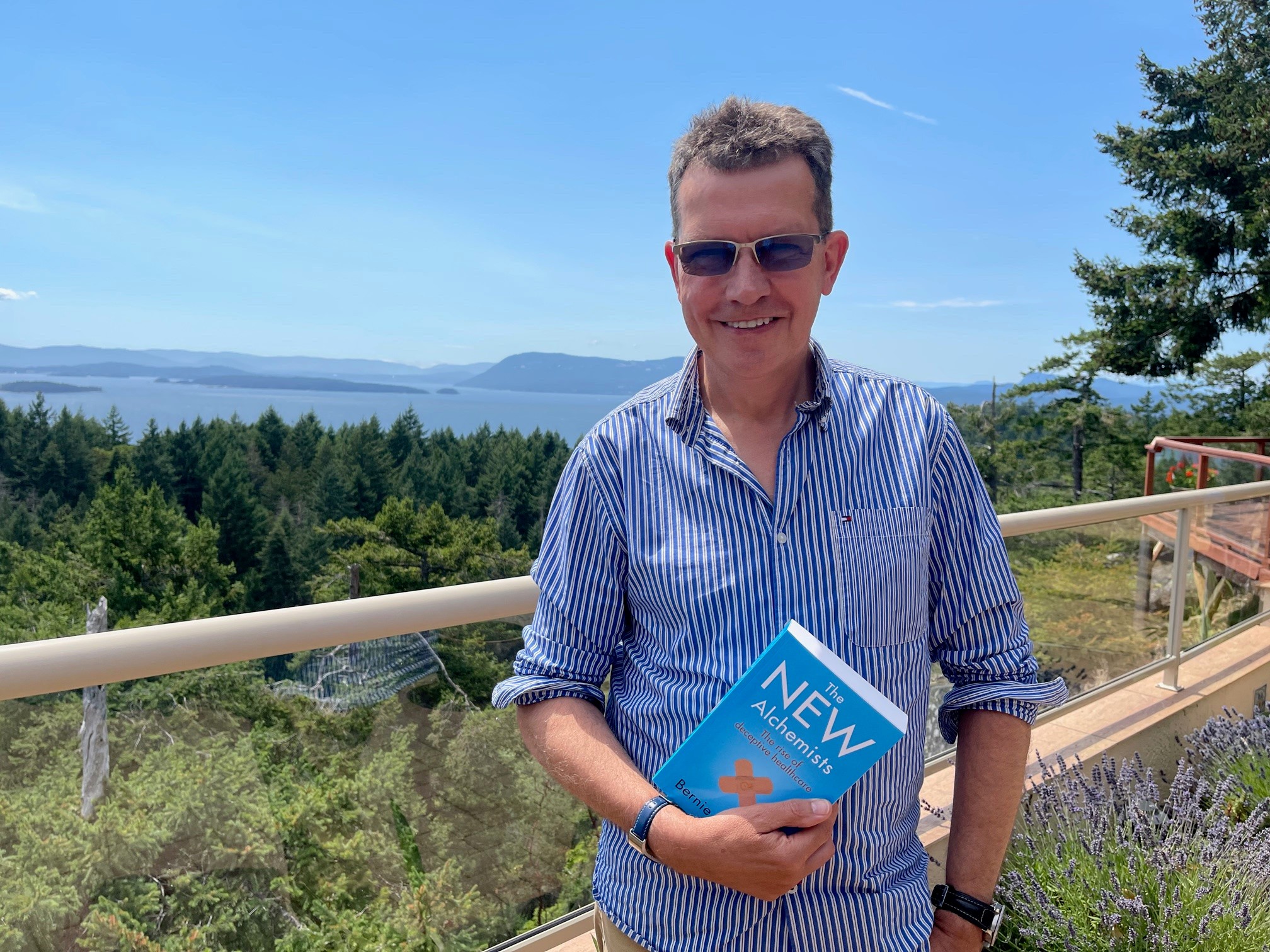 The title and the cover…

A number of people have asked me about the Image on the cover of my new book, and the reason for the title: The New Alchemists: The rise of deceptive healthcare. I got the idea for the title when I was researching the nature of health scams and why people fall for them a few years back. It struck me that many of the practices of those marketing dubious health products were remarkably similar to those made by the ancient alchemists. For example, a major part of early alchemist’s work was not actually on turning metal into gold, but focused on finding an elixir of immortality, essentially the ultimate health potion! Much bad-press was received by alchemists, primarily arising from the fact the field was inundated with cheats and imposters who swindled unsuspecting people who had turned to them in desperation over their health and financial problems. Similarly, modern day health scammers use similar tactics to cheat people out of their money with the promise of improved health or magical cures. The picture on the front of the book depicts the alchemist’s symbol for gold embossed on a sticking plaster, which I found very apt.

The reason I got interested in all this goes back many years. Firstly, I have firsthand family experience of confidence tricksters (which I describe in the introduction to the book), but secondly, after 35 years working in professional healthcare, you get to see quite a bit of dubious practice, and people who have been taken in by health scammers, or simply misinformed by well-meaning folks who were inadequately qualified to give professional health advice.

As a practising nurse I came across many patients who had been scammed by people selling fake health products, or given inaccurate or even dangerous health advice. We even saw some patients on the renal unit where I worked with kidney failure after taking toxic substances marketed as traditional cures. I also encountered some dubious sales tactics used by pharmaceutical companies and their representatives. It was interesting to observe that the companies always approached the best looking nurses with offers of jobs to sell their products!

The Wild-West of health practices

When I moved to Canada in 2003, I was surprised at the lack of regulation in the advertising and promotion of dubious health practices across North America. It literally is the Wild-West in many respects. In one early visit to a professional conference, I was offered an opportunity to partake in a sponsored therapeutic touch session during the lunch break (which actually involved no touch at all). I had not come across this before, but was astonished to find that what was actually taking place was faith-healing. This in itself was not such a problem, as I have no issue with people using whatever spiritual practices they feel may help them. However, the claims that the practitioners were making about their abilities to detect changes in undetectable “biofield energies” to accelerate healing and cure various illnesses and that their work was substantiated by science were an issue, particularly as they were charging over $100 a session! Another example I came across was a local faith-healer who called himself the “Dreamhealer” and who marketed remote healing seminars for cancer for thousands of dollars a session; he also promoted his “international best-selling” books (which in truth appeared to be self-published). One of my colleagues was recommending him and he even had a local psychology professor working with him at one stage.

The more I looked around, the more deceptive health practices I came across. From fake practitioners and alternative health practitioners making false claims about the effectiveness of their therapies, mail-order professional health qualifications and scam nutritional supplements to fake cancer and addiction treatment clinics, pharmaceutical companies mis-marketing drugs and price-fixing and celebrities selling useless health products, the list was never-ending. As a nurse and health science advocate I became interested in how these practices were marketed, and the psychology behind selling such health scams successfully to the public. One thing I found was that everyone had been taken in by some sort of health deception at some point in their life.

I started writing The New Alchemists before the recent COVID-19 pandemic had begun; not surprisingly, the pandemic has only made health scams worse. Over the last year or so we have seen a massive volume of COVID-19 misinformation being spread on social media (a natural home for health scam activity), with many fake treatments and cures being promoted. Overall, all these developments led to my research interests moving further into the exploration of the nature of deception in healthcare, and eventually to documenting the worst examples in this new book.

My aims in writing The New Alchemists

In The New Alchemists I explore how fraudsters circumvent our critical faculties and succeed in taking in otherwise intelligent people with their claims, often to make a very lucrative living. I also aim to provide informative and useful guidance on how to recognise and avoid such health deception in the future. If something is too good to be true it almost certainly is, and there is an awful lot of such deception about.