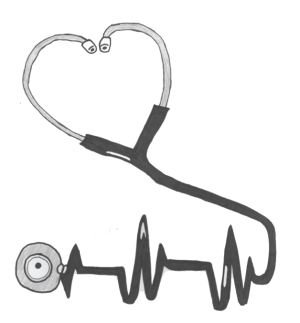 We believe in evidence-based holistic medicine and approaches to health that recognise the individual in treatment and in care – things that we feel are all too often overlooked in mainstream medicine. That is why we are passionate about the books we publish. Our authors are dedicated to helping people help themselves through difficult health conditions, often challenging received wisdom to look at problems in new ways.

We have spent many hours poring over all the books on the Hammersmith bookshelf, but no matter how much we think we know about a subject we can still surprise ourselves by finding something new in the huge repository of knowledge represented in our books.

So what better way to celebrate, share and discuss our wealth of health information than to start a blog?

Rather than keeping all this invaluable information hidden away, we will share excerpts from different books, compare and contrast different ideas and ultimately (we hope) help more people enrich their lives through learning about their bodies and minds, and the emotions that tie us together as human beings.

We are fortunate to have a hugely knowledgeable and talented network of authors, made up of health practitioners, researchers and expert patients from a wide range of backgrounds, but perhaps the one who best expresses our philosophy is the late Dr Cecil Helman. 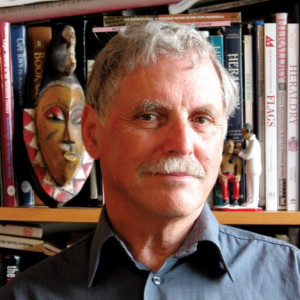 Cecil Helman – GP, medical anthropologist and acclaimed writer – looks back in his final book An Amazing Murmur of the Heart on a life-time of encounters with patients to ask ‘Where has the patient gone?’ and answers that patients ‘are still here, waiting for their doctors to notice them again, to shift their attention away from all their magic machines and high tech tests, and to listen to their stories again. And hidden away in those stories, to hear the faint, almost inaudible, murmuring of their hearts.’

Here’s one of the most moving stories from the book, taken from Chapter 3 The Dybbuk of Eddie Barnett:

Some days the pain is ‘sharp’ and ‘intense’, on other days ‘dull and constant’, or merely a ‘vague ache’ or ‘discomfort’. In turn it is ‘heavy’, ‘shooting’, ‘burning’, ‘stabbing’, ‘shocking’ or ‘throbbing’.

Sometimes it is accompanied by other symptoms, such as a headache, vague tummy aches, or feelings of stiffness in his neck, shoulders, or in one leg or the other.

Mr Barnett speaks of his pain all the time. He seems obsessed with it. Consultations with him always leave me feeling frustrated, exhausted, drained of energy. He follows every suggestion I make with another question, and one after that. Asking him for more details of his pain provokes even more requests for help, and then more after that. He is insatiable, unsatisfiable – like an elderly bearded baby, sucking desperately at an emptied breast.

And yet every medical test he’s had so far has shown no physical abnormality whatsoever. He has been blood tested, X-rayed, scoped, scanned, monitored and probed by hospitals and pain clinics all over the
city. But each time the tests prove negative.

I offer to refer him to a psychiatrist, a therapist, a counsellor, even a priest, but he always refuses.
‘There’s nothing wrong with me up here,’ he says emphatically, tapping his forehead. ‘I’m not mad. It’s just that I’ve got this terrible pain that will not go away. Do you understand? It’s the pain that’s giving me depression. Not the other way round.’

Months go by. Pointless, frustrating months. None of my treatments seem to work, none of my pain-killers. And then, as time goes on, I begin to notice something about the unusual way he refers to his pain. It is that he always groups his disparate symptoms into a single, painful entity, and then describes this malign essence as an ‘It’. As if it were a foreign Thing, an abstract being with its own volition, its own malevolent personality.

‘Now it has moved to my other shoulder,’ he says, or, ‘Now it’s boring right through my chest.’ ‘It won’t let me sleep at night,’ he says, ‘and it’s making me depressed,’ ‘It’s driving me mad.’ He speaks as if this entity has singled him out. For some unknown reason, it has chosen to enter his body, and to take up residence among his organs and cells, and then to torture him mercilessly for so many years. ‘It’s killing me, doctor,’ he says, again and again, ‘It’s really torturing me.’

More pain-killers, more futile advice. Still no improvement. But despite this apparent lack of success, I gradually become aware that something is happening to the pain during our meetings. Something of what I say to him is being heard – at least on the bodily level. For I notice that often, in response to one of my suggestions (especially one that is particularly emphatic), the pain suddenly comes to life. It seems
for a while to go berserk. It begins to leap frantically around his body, like a caged animal trying to escape. It appears first in one part of his body, then swiftly in another. Burrowing in and out of different areas of his head or chest or abdomen with amazing rapidity – sinking then emerging, chewing its way out of this joint or that limb like a demented beaver.

If Eddie Barnett and I had been living in one of those more traditional, tribal societies – the ones I’d learned about during my anthropology studies, shortly after medical school – I might have called in an exorcist or a shaman to remove his pain, and not a psychotherapist. But instead of a ritual of feathers, drums or holy relics, he has had to make do with a young, inexperienced family doctor. And also with all those white-coated specialists at the hospital to whom he’s been referred, and who have also brandished their stethoscopes, syringes and tablets at him – all without effect.

A year goes by, without any change. My treatments are pointless, my medical textbooks quite useless. I begin to delve instead into all those books on my shelf on folklore and anthropology. And to pay much more attention to the characteristics of the pain itself, for when I do so a sort of identikit slowly emerges. A profile of the ‘It’. One day I sit down and write out a list of every one of the attributes of its complex, and rather unique ‘personality’ that have manifested themselves in my office over time. And then I understand why that pain had sometimes seemed so familiar. For as Eddie Barnett described it – and as the pain itself spoke, indirectly, yet audibly through him – it was actually the mirror-image of his own
personality. In fact, everything that Eddie Barnett is, the pain is not.

Where Eddie is rigid, his body hardly moving beyond its tense, frozen posture – the pain is mobile. It moves here, dances there, flying swiftly from one part of his body to another, quicker than the eye could
follow. Where he is uncreative, unable to formulate any new ideas or new ways of living his life – the pain is cunning and intelligent. It is endlessly creative in its invention of new forms, new appearances, new ways of dancing among the limbs and organs of his body. Where he is dull and boring, his voice flat and monotonous – the pain seems to live an exciting life. It clearly has a temperament that is vibrant and versatile, one full of surprises. Where he is almost moribund, in an emotional and social sense – the pain is very much alive. In fact, it seems to be looking forward to an even longer life, within its warm, mobile, comfortable home. Where Eddie is frozen in his unhappiness, unable to make any decisions, or decide what to do – the pain is endlessly innovative. There is no end to its ingenuity, and to the strategies that it has designed to defeat the doctors. Where he is passive, fatalistic and defeated by life
and its many vicissitudes – the pain fights back. Its survival instincts are evidently powerful, and never seem to slacken. It is active in self-defence. It intervenes in history. It outwits – again and again – those like myself who would drive it out into the wilderness. And finally, where Eddie is stifled and often inarticulate – the pain is garrulous. Nothing can halt its talkativeness, its endless flow of colourful images in its chosen language – the dialect of symptoms.

Like so many other symptoms in medical practice, that pain is telling a
story.

To read the rest of Eddie Burnett’s story and the legend of the dybbuk order An Amazing Murmur of the Heart as paperback or ebook. You can also preview the first chapter for free.