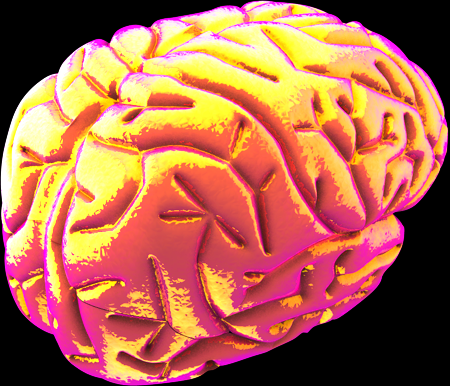 As a scientist interested in the gut-brain links in IBD, I collect articles on the topic. There are hundreds of them scattered around my various computer drives. One particularly rainy summer, when I still lived in York, I thought I should organise these articles and collate my scribbled notes into something meaningful, so that I could use it for my future papers. However, this organisational task proved more entertaining than I initially predicted. I found some fascinating studies I forgot about, and as I read on I thought: There is so much out there. It must be hard to make sense of it when one is a patient. Many of the papers also triggered some memories from my own experience as an IBD patient, negotiating my way through the healthcare systems of the three countries in which I have lived. That’s how the book came about, though until it was finished I considered it merely my personal diary, a collection of interesting studies and anecdotes. I then showed this manuscript to a friend, another IBD psychologist, who enjoyed reading it and encouraged me to publish it. And the rest, as they say, is history.

It was to move away from scientific writing, to make what I write interesting and accessible to a lay person, but also, more importantly, sharing my life story. I do not hide that I have IBD but in this book I go beyond merely admitting I am a patient as well as a health professional. I discuss my symptoms and recall a bit of my family history. I believe these snippets from my own life make the story I tell more real but as is the case when one chooses to share their private matters with the whole world I feel vulnerable, and that’s not always pleasant.

The most difficult part – sharing my life stories – was also the most fulfilling. When I decided this manuscript would become a book, I wanted to make it different to a book about IBD written by a health professional. But I also wanted to offer my readers more than my own stories, to go beyond ‘Me and my IBD’ narrative. I reached to what I love, science, and I merged interesting science findings about IBD with something personal. I hope I found a happy compromise in combining the perspectives of a patient, psychologist and scientist. 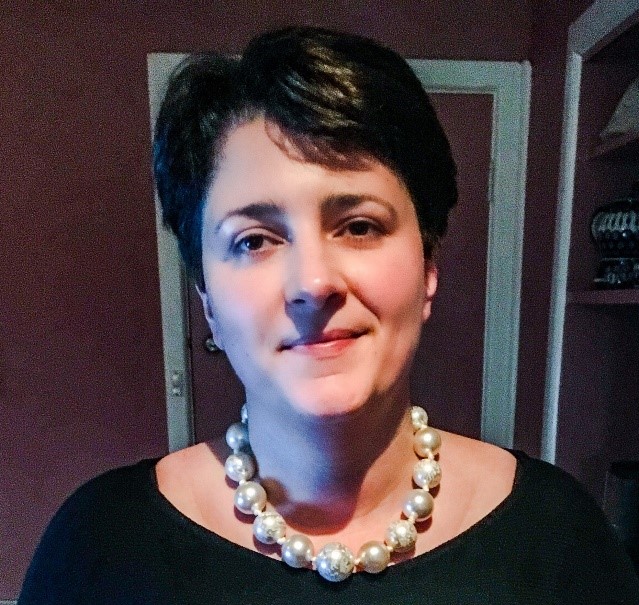 Did anything surprise you while writing IBD and the Gut-Brain Connection?

Not the science itself because that’s my daily bread but the amount of the data, the presence of mutually exclusive recommendations. I followed the principles of evidence-based medicine to interpret what I read for the readers without a medical background. But nothing, even in science, is completely objective. I introduced the readers to systematic reviews, a scientific technique to try to make sense of the many studies out there and being critical about the evidence which surrounds us. I hope people find this technique of filtering evidence useful. On the other hand, I decided to also include my completely subjective perspective on IBD when I shared my own stories. The truth is somewhere on the verge of science and a personal human experience, I think.

The book is addressed to patients living with IBD, their family and friends, to people of all ages and educational backgrounds, to anyone who wants to learn more about this fascinating condition. The brain-gut links and the gut bacteria have finally become topical and I feel really privileged to be able to speak openly about the gut health. Who would dare to discuss bowel movements publicly a few generations ago? Now, it’s becoming normal and I am happy to be part of this social revolution.

If you would like to learn more about IBD and the Gut-Brain Connection, the first chapter of Antonina’s book is available to read here. 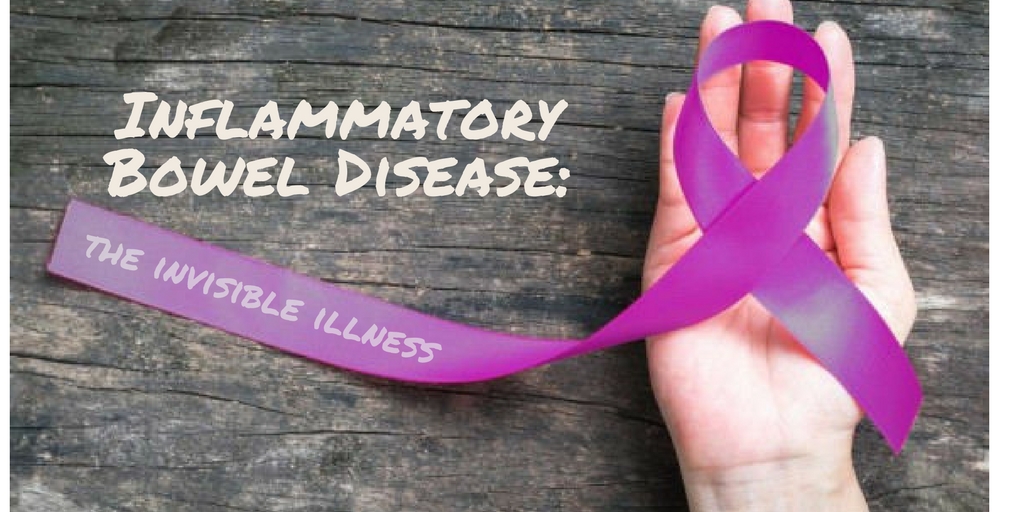 What is inflammatory bowel disease?

Inflammatory bowel disease (IBD) is an umbrella term for diseases which cause either whole or part of the digestive tract to become sore and inflamed. It commonly starts in younger people aged 10 to 40, although younger and older people may be affected too. The two most common types of IBD are Crohn’s disease (CD) and ulcerative colitis (UC); the symptoms for both can be similar but with some distinguishing characteristics. In the 19th and 20th Centuries prevalence of IBD increased with industrialisation and the highest rates in the world are still in developed countries such as the UK, Canada, the USA and Western Europe – although cases are now increasing in China and India.
Crohn’s disease may affect the whole digestive tract from your mouth to your anus; ulcerative colitis affects only the colon. Crohn’s disease can be more serious as it not only affects the lining of the gut but can also extend deeper into the wall of the bowel and this sometimes results in severe complications. Both can be extremely painful and debilitating, leading to weight loss and fatigue, and have a great impact on your quality of life, affecting your ability to digest food and absorb nutrients from it, as well as the frequent trips to the toilet.

Why is IBD increasing?

Studies in the UK have found that the number of children affected by IBD has risen by 15%; in Scotland the number of childhood cases has risen by 76% since 1995, according to research by the University of Edinburgh. Experts are also worried because the average age of onset of symptoms is now much earlier in childhood rather than late teens/early 20s because, as I said before, the symptoms are more severe in childhood.
Although scientists have identified a genetic basis for IBD by pinpointing many different genes, especially the variants in a gene called NOD2 in Crohn’s disease – and a positive family history remains the strongest risk factor for IBD4 – genes are clearly not the whole story. Experts refer to IBD ‘as a complex genetic disorder that is influenced by environmental risk factors’. Certain genes may give you a susceptibility to IBD, but the prevailing theory is that IBD is caused by a combination of genes and exposure to environmental risk factors. It’s the interaction between these environmental risk factors and your normal (nonharmful) gut flora that is believed to lead to an increased immune response which results in chronic inflammation.

What are the symptoms of Crohn’s disease compared to ulcerative colitis?

The short answer is that many of the symptoms overlap (around 10% of IBD sufferers have a mixture of both and this is called indeterminate colitis). There are some key distinguishing characteristics your doctors will be able to tease out – see the table below.

Crohn’s disease affects around one in 1,000 people and in about one in five cases if you have Crohn’s disease you will have a family member who is also affected.

As discussed in the table above, Crohn’s disease may affect any part of the gut but most commonly causes inflammation in one particular area called the terminal ileum – this is the last section of the small intestine. The first part of the colon, called the caecum and the next, the ascending colon, are often involved. In many people only the colon is affected. Inflammation sometimes skips a segment of gut which is normal, rather than being continuous. Only a few people with Crohn’s will have involvement of the stomach or the upper intestine.
Mild forms of Crohn’s result in patches of inflammation – these look similar to mouth ulcers. In moderate to severe cases the intestine is damaged, and becomes thickened so it blocks the passage of digested food, causing cramp-like pain. Deep ulcers can also penetrate the bowel wall causing infection or even an abscess; this often happens around the anus. It is called a fistula when an inflammatory connection goes through the skin surface, the vagina, the bladder or another part of the bowel. When inflamed tissue heals, scar tissue may form, posing a further risk of blockages in the bowel.

Ulcerative colitis is the medical name for when tiny ulcers form on the surface of the lining of the large intestine. It mainly affects the rectum and lower colon, but may affect the whole of the colon. It’s more common than Crohn’s disease, affecting an estimated one in 420 people. It seems to be more common in white people of European descent, particularly among Ashkenazi Jews who originated from Eastern Europe and Russia. It affects non-smokers and ex-smokers more than smokers, although doctors say the risks of smoking still far outweigh the possible benefits so do not take this as a licence to smoke! Men and women are affected by UC in equal numbers.

There are three types of ulcerative colitis:

This extract was taken from What’s Up with your Gut? By Jo Waters and Professor Julian Waters